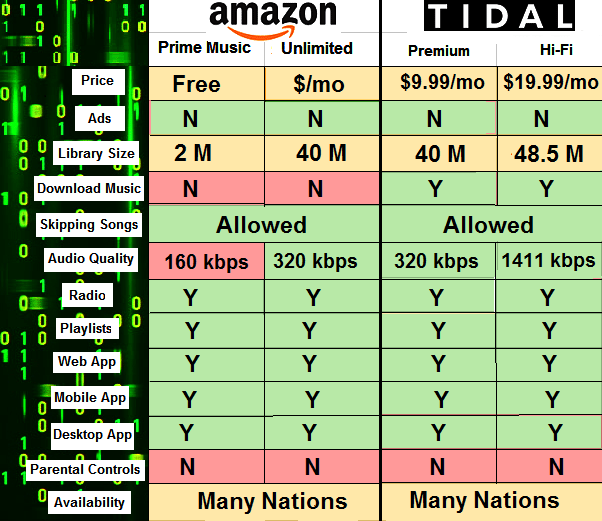 It is easy to get lost when picking a music streaming service since there are so many services available.

But it’s not very difficult to select the right streaming platform, once you start comparing the different functionalities they offer.

Many popular streaming apps offer Discovery features to help users find new songs and free music libraries with tens of million tracks to users that work with the majority of devices.

We have to dig pretty deep to find the best streaming services, but in this article, we are going the split up, analyzing the difference between Amazon Music Unlimited and Tidal.

Which is the best music streaming service between Amazon Music Unlimited and Tidal?

Tidal has a higher price, one that boosts the quality of music that subscriber’s stream.

While Amazon Music Unlimited charges a monthly fee of $ for prime members and $ a month for non-prime members, Tidal asks for $19.99 a month for an account and $29.99 for the family plan.

But with Tidal the amount is charged because it features a selection of master quality Hi-Res albums. 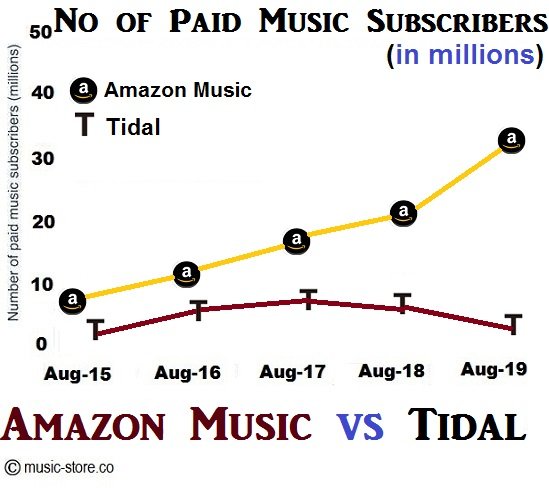 Tidal uses MQA to stream 320Kbps for a selection of songs.

They also have a couple of thousands of “master” albums (if not million by now), but a lot of classic music in them, including Michael Bubble.

What Devices Are They On?

Unless you have a window phone, you need to know which devices are compatible with Tidal and Amazon music unlimited.

For Amazon Music Unlimited, all services are accessible through their music app, be downloaded on Android and iOS devices as well as PC and Mac.

If you have a web player, you can also access Amazon Music Unlimited by using the company’s Echo devices.

Amazon Fire TV and Fire Tablets also have an app where you can stream and play music through Roku media streamer and Sonos multi-room.

Tidal doesn’t have many options.

It is a streaming service for people who love streaming songs for the sake of quality rather than for the love of music .

Both services allow users to download tracks to their devices for offline listening, so that’s a good start for both streaming services.

Amazon Music Unlimited claims to have more than 90 million songs (updated on Jan 2022) in it’s repertoire, with songs from yesterday’s and today’s most popular artists, while Tidal has over 80 million songs in it’s catalogue (as on Jan 2022).

Tidal reportedly gained 1.1 million paid subscribers in 2018 alone, but these figures are highly contentious, as they are yet to release any official figures to substantiate their claim.

It is probably the second most popular streaming services in the world after Spotify.

It is clear that Amazon has toppled over Tidal, but Tidal has intuitive features that set it apart.

Amazon Music Unlimited has sections which serve up playlists and albums that you like.

The playlist and album is based on your listening habits, Amazon Music Unlimited make music discovery easier than ever with their Alexa assistance.

Tidal on the other side has curated content from artists, album, and genres.

Since there are more than 120 million Prime users in the USA alone, Amazon has a clear lead in the numbers game with Tidal.

If you already have an Amazon Prime membership, Amazon Music Unlimited is probably the best option because it’s cheaper.

Either way, Amazon is cheaper compared to Tidal.

It’s worth to note that in both services, you can create your playlist or choose from the curated playlist available.

Amazon Music Unlimited is available on more devices than Tidal, but they both offer a better music discovery option.

Depending on your preferences, you can choose either Tidal or Amazon Music Unlimited. 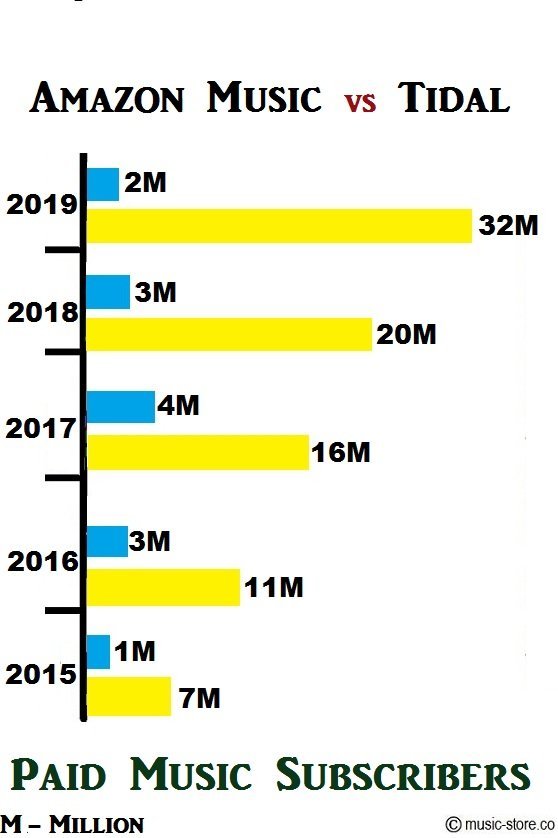 Any topic related to paid subscribers and Tidal may be deeply disturbing to Jay Z’s fans, as he was already embarrassed by a Norwegian magazine, trying to manipulate Tidal’s paid subscriber base in 2017.

Which if proven could end up Jay Z getting an arrest warrant from the Interpol.

Jay Z may be a fledgling businessman but a very popular musician, as evident from his streaming service, Tidal, which offers HD quality audio, a service dominated by Tidal for many years before Amazon introduced Amazon Music HD in September 2019.

Let us not delve into subscriber numbers as it will not do any justice to the amazing user experience that Tidal offers.

But would rather result in a comparison chart (as above), which might give some senior Tidal executives hot flushes, headaches, anxiety and nightmares.