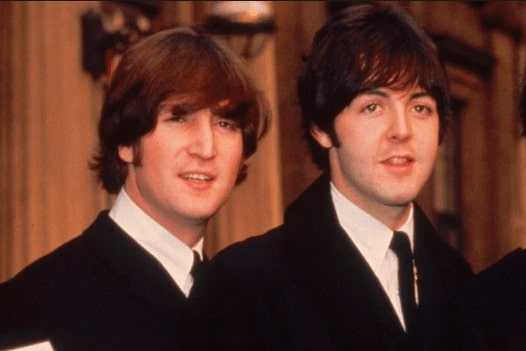 Most of the millienials must have heard of the term “Beatles Mania” ,  but the true intensity of this unreal fanaticism can only be experienced and never rendered in it’s pure essence.

The most refined explanation for this term,  would be unruly girls screaming at the very sight of Beatles.

But the truth is, young girls across United Kingdom, irrespective of their social class, royal or a commoner, would lose their sanity ( and much more) at the presence of the band members.

Some fainted, some flashed, while others offered thousands of pounds to spend a night with their favorite Beatles’ icon.

While most of the private lives of the band members , have been covered in their autobiographies, not everything has been revealed.

Here are some of the secrets, the iconic band members are hiding from the world: 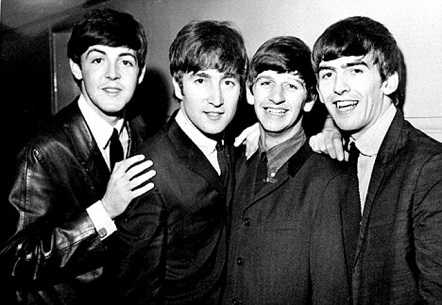 John was a peace and love ambassador out there,but back at home, he was not.

He was just another hypocrite pretending to be something he is not to the outside world.

At home behind closed doors, he was emotionally and physically abusive to his lovers and family alike. 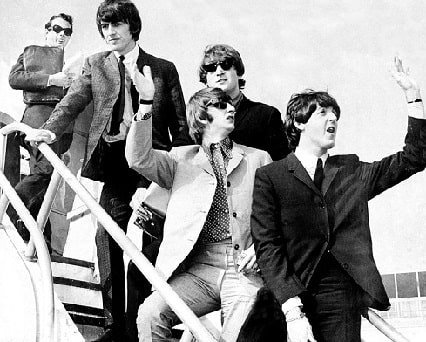 Epstein was their manager at the time,and he would lock Lennon and McCartney up even on tour to write songs.

Whenever they had some spare time, they would be forced by Epstein to write new songs.

They were given a tight timetable where they had to produce new albums several times in one year. 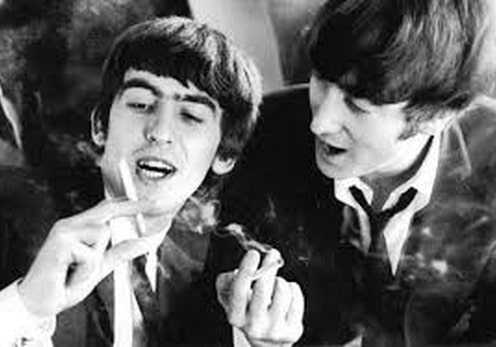 3. The Beatles Were Chain Smokers

The Beatles were always neat looking and well dressed at their photo sessions,but they were chain smokers.

They all smoked like chimneys especially while in private.

John was visited by aliens not once but twice. The first time, he was shacking up with a new girlfriend May Pang.

He woke up one night,and he was totally sober and felt compelled to go to his apartment window.

He saw a flying saucer hovering less than 100 feet from him.

He called his girlfriend,and they even tried taking pictures,but nothing showed.

The second time he was in New York City when he was awakened by a bright light at his bedroom door.

He went and opened it only to find four small aliens staring at him. 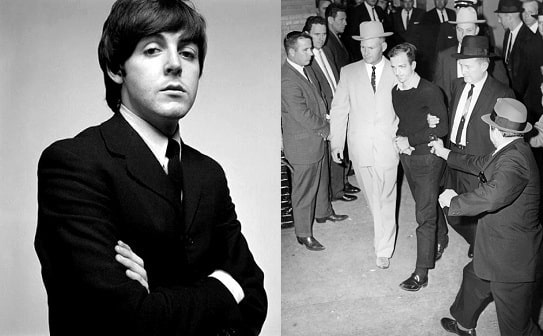 Everyone knows about JFK’s murder and the conspiracy behind it.

Paul McCartney believed that Lee Harvey Oswald was a patsy for the CIA who he believes were the real killers of JFK.

He was ready to risk his career and damage the Beatles,especially in America by standing with the JFK conspiracy theorists. 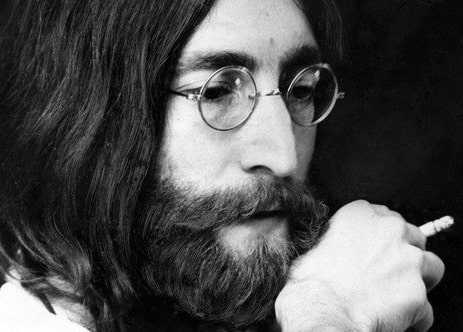 6. The Beatles Were into Drugs

The Beatles were into drugs and fans knew this. They were into LSD and used it consensually for some years.

The way they were introduced to it was somehow irresponsible because their dentist spiked their drinks with LSD which led to them getting hooked on it.

7. Bathed in a Urinal for Almost A Year

In Hamburg Germany, The Beatles spent most of 1960 living behind the screen of a cinema Bambi Kino.

They lived backstage next to the toilets,and they could even smell the toilets.

They were forced to use the urinals for shaving and bathing water. 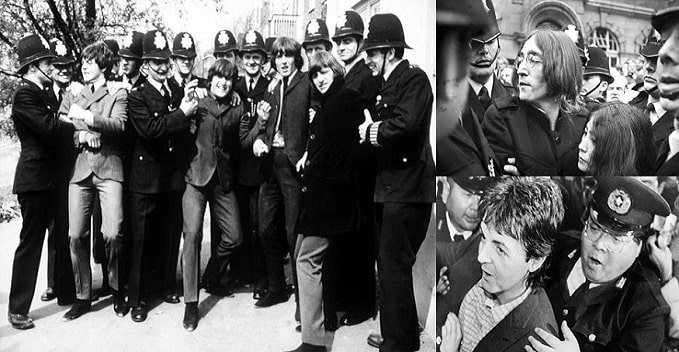 8. Arrested and Deported from Germany

Living backstage near the toilets wasn’t enough for the Beatles to leave the country.

They decided to leave after George Harrison was kicked out of the country for being underage.

As they were planning to go, they lit a condom on fire,and the owner called the police.

They were arrested and deported immediately!

The Beatles are credited with printing the first devil horns hand gesture on their album.

John Lennon’s cartoon figure is seen making the gesture the first time, the gesture appeared on the cover of an album.

10. Yellow Submarine Almost led to the Death of John Lennon

John had tried singing while gargling and he decided to take it further by trying to sing underwater.

They took an engineer and wrapped the mic with a condom to prevent damage,but the signal was distant.

It didn’t work out,but they later realized they were using a phantom microphone and had they decided to get in the water to record, they would have been electrocuted to death. 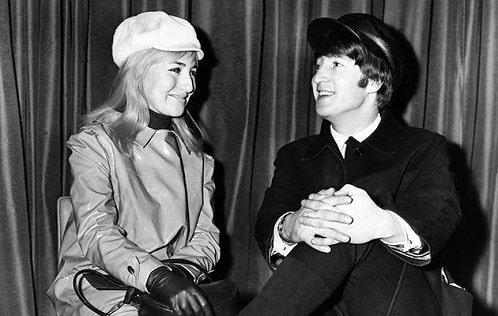 John Lennon was married to Cynthia,but he badly wanted to divorce her.

They planned with Magic Alex on how to get her drunk and have sex with her.

This way, it would be easier to ask for a divorce on the grounds of adultery. On that night, Cynthia went home and found Yoko in her bathrobe! 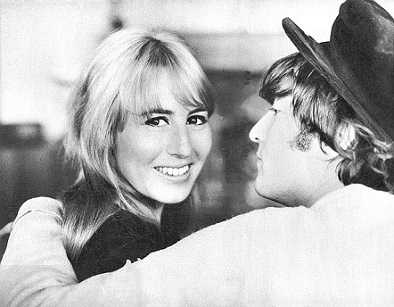 Apparently, John married Cynthia because she was pregnant not because he loved her.

This might be the reason he cheated on her with Yoko and wanted to divorce her. 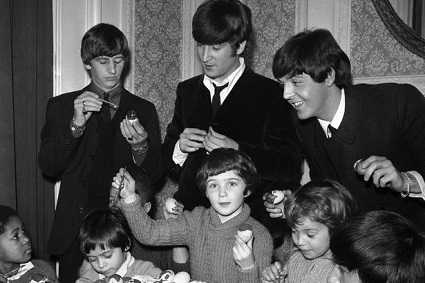 Jimmy Savile, a former host of Top of the Pops, was one of the most prolific UK child rapists.

He abused numerous adults and kids,and he frequented a pedophiliac brothel with an unnamed pop group.

The police reports don’t name the pop group but The Beatles had a close relationship with Savile,and it was speculated they were the unnamed pop group. 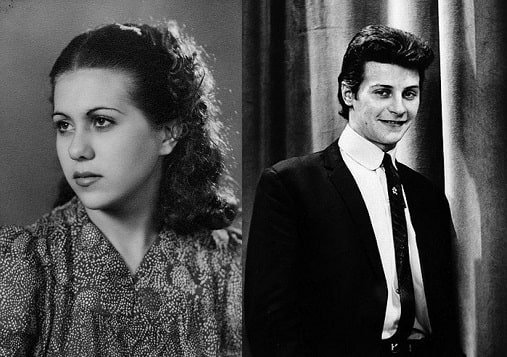 14. Neil (The Beatles’ fixer) had an Affair with Pete’s Mother

Remember when Pete was sacked and replaced by Ringo.

All the Beatles fans remember this time,and there were protests by fans for Pete to come back.

It was rumored that Neil had an affair with Pete’s mum, Mona, when Neil was 19 years old. 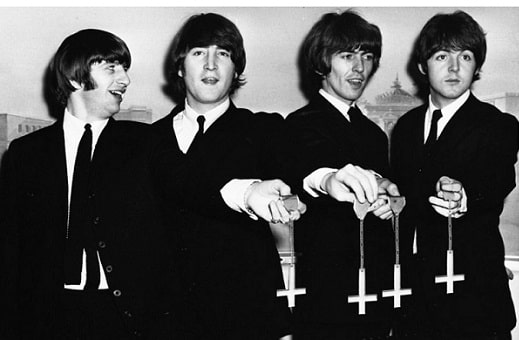 Or should it be anti-Christian?

John Lennon was once quoted saying that Christianity would end,the band had also said they are now more famous than Jesus!