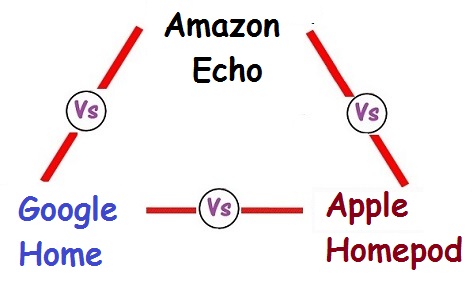 Amazon was the first company to launch smart speakers in 2014 when it launched the Echo.

At that time, it seemed weird to speak to a speaker but little did people know that in a few years’ time, other major tech companies would invest millions in the same.

These companies include Google with Google Home and Apple with the HomePod.

For the past few years, making a choice on the smart speaker meant deciding between Amazon Echo and Google Home,but for 2018, the Apple HomePod has emerged.

The war is now between the three devices, Google Home, Amazon Echo and Apple HomePod which seems to be a pretty reliable option.

Let’s look at some of the differences between these three smart speakers and which one is strong in features: 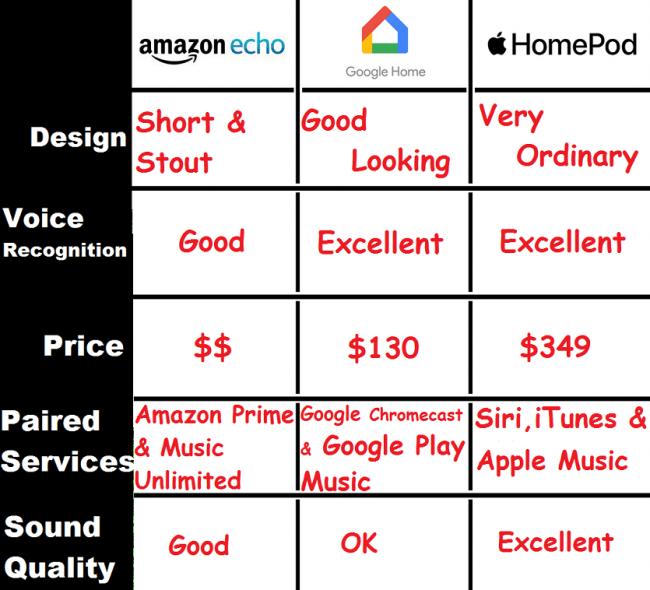 Amazon Echo had a big black monolith design,but in the second iteration, it has become shorter and fatter.

It is less conspicuous but still lights up when you talk to it.

If you still want the same metallic finish in the 2001 model, you can get it in a space Odyssey look though.

The Echo Plus variant is another design with a few more features,but then it looks like the original Echo.

A big black monolith of a speaker.

If you want a smart speaker that blends in with your home décor, Google Home is the best option.

It looks like one of those motion activated air fresheners that look good in any room.

For an extra fee, you can choose different colors of the same in either metal or fabric finishes.

This way, you have the option to select the design that blends into your family home more.

The HomePod has a mesh-covered exterior and looks like an Apple-fied version of the UE WonderBoom Bluetooth speaker.

The design is a touch bland in keeping with Apple’s minimalism.

These cloud-based digital butlers are constantly learning,and their voice recognition is getting better every day.

Google’s voice recognition is better especially if you have an accent as compared to the Echo.

Google Assistant has an easy time playing a song asked by a person with an accent while Alexa takes a few goes to get it right.

This also applies to the Echo Plus which has a far field microphone.

The HomePod’s far field microphone can pick up the wake-up phrase spoken at an average volume from several meters away.

In tests against the Google Home, the HomePod was just as good.

This is one of the most important things that can’t be overlooked,but the comparison isn’t as straightforward.

Apple’s HomePod is the most expensive of the three.

It’s £120 more expensive than the Echo Show which is the most expensive Amazon smart speaker.

Amazon and Google, on the other hand, undercut each other in different ways and different points.

The original Echo launched for $$$,and the newer Echo comes in at $$ making it $40 cheaper than the $130 Google Home.

There are smaller versions with the Echo Dot and Google Home Mini to consider and they both retail for $50. 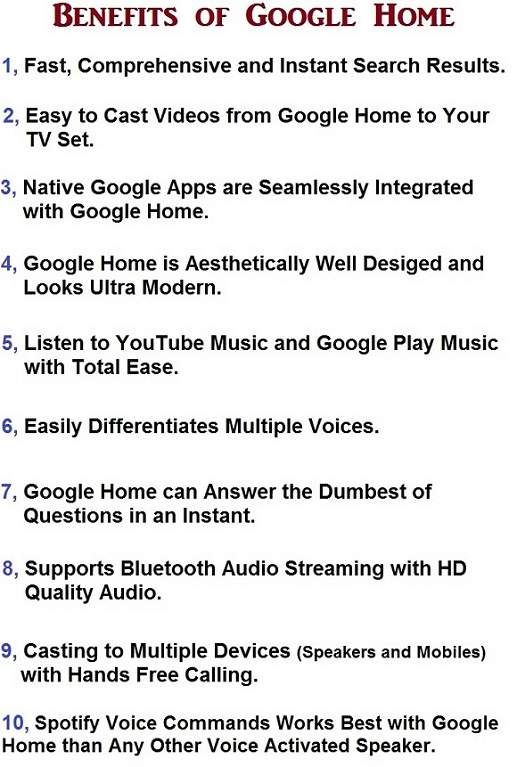 Smart speakers have an extended list of services to look at, and the list keeps on growing.

If you are an Amazon Prime subscriber, the Echo is the best.

You can order stuff directly from Amazon and listen to your favorite music on Amazon Music Unlimited.

If you’re a Google fan, Google Home is the best fit for you.

You can pair it with Chromecast such that you can order it to play specific YouTube videos.

You can play films purchased via Google Play or music on Google Play Music as well if you have subscribed to these services.

With Apple’s HomePod, it has IFTTT support that is perfect for tying all your digital smart home devices and get them to talk to each other. 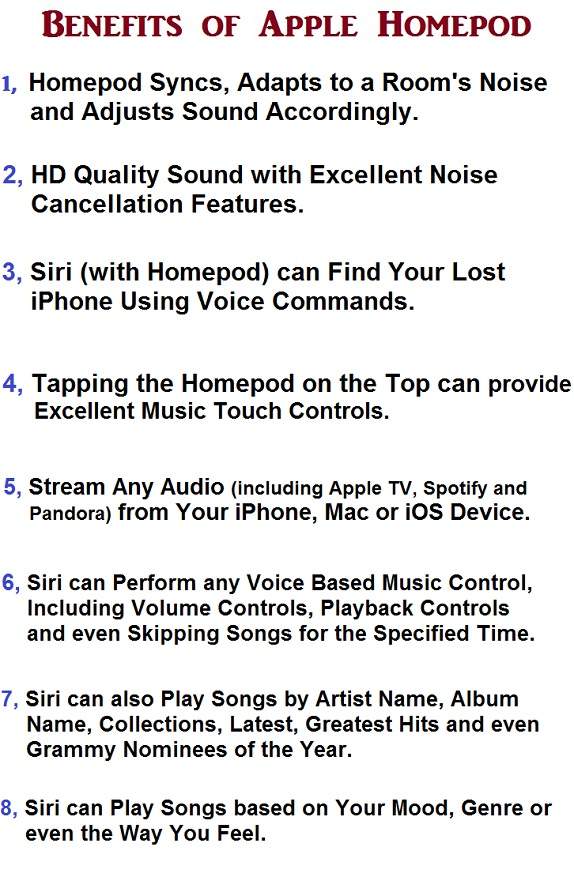 Apple’s HomePod walks away with the crown on sound quality.

It produces a mass of bass but never too much and is always in control.

Has well-balanced mids and trebles well separated and strike the perfect balance between warmth and quality.

Google’s Home is a little too bass heavy offering a dull and less clear sound.

The Echo 2 strikes a balance in its sound quality.

It’s not too warm or too bassy in pop and rock songs while the voices are intelligible and clear with the music sounding pleasingly crisp.

In the end, the best smart speaker for you depends on your personal preferences and which of the three services you are subscribed for.

The smart speaker that fits in with all the tools you are using is the ultimate choice.