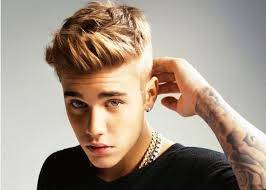 Taylor Swift might have won 10 Grammy awards, Rihanna 8 Grammys and Justin Bieber just one (“Where Are U Now”, 2016) but that doesn’t mean Taylor Swift,Rihanna,Adele or even Katy Perry have the most number of views for their VEVO channel.


Justin also has 2 videos above the 1 billion video view mark including his 2012 hit “Baby” which has 1.37 billion views and “Sorry” with over 1.14 billion views.He could become the first celebrity on VEVO to have 3 videos with 1 billion views when “What Do You Mean” (889 million views) hits the mark in the
next few months.


One won’t be surprised if Justin Bieber’s “Baby” surpasses 2 billion views on VEVO by the end of 2017, a magical number not crossed by any artist on the VEVO platform, with Taylor Swift’s “Blank Space” being the most viewed on VEVO with 1.55 billion views.